QuintoAndar is the biggest real estate startup in Brazil. It‘s a marketplace where users can search, rent, and advertise properties.

When I joined the company, I was the only product designer in a squad of 8 people focused on the company’s iOS apps.

QuintoAndar has grown its properties base exponentially in 2018. When I joined the company, my challenge was to increase user engagement on the iOS native app. We decided to focus on the following challenge, so we could increase visit bookings and discoverability:

How might we help tenants save time while finding their dream home on the platform?

Because of the tight deadline for shipping the first version, we’ve started with a guerrilla test. I invited one of the developers to help me interview 5 users that have previously rented a house without using QuintoAndar. We asked them to try to find their next home on our iOS app that was available on App Store. Some questions that got asked:

“How can I go back from here?”

“Maybe I would give more information about ... any bus or underground lines around.”

“Are there any history or something similar?”

After prioritizing the usability problems we found on user research, we’ve run a competitive analysis with apps related to real estate, accommodation, and maps. We came out with some concepts to give more information to the users while searching through properties on the map. 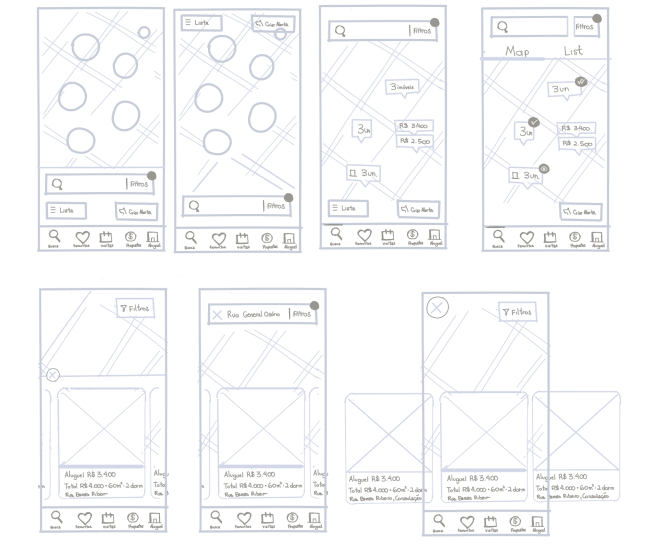 User tests indicated that people still missed a easier way to easily retrieve those properties, thus we wanted to build a dedicated list of viewed properties history. However, we were not sure where to place that feature for customer to adoption. 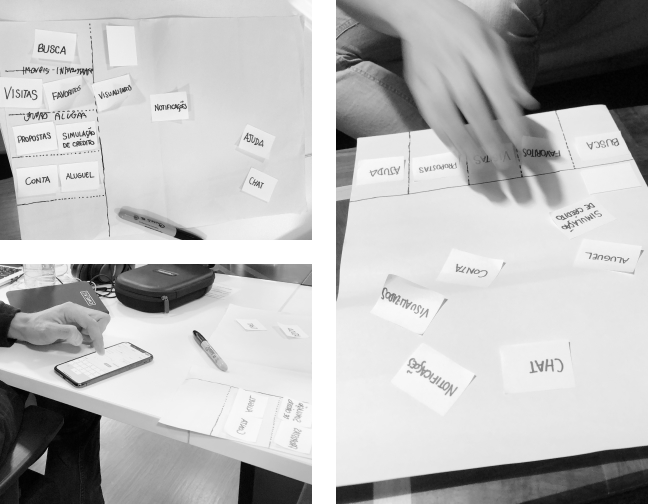 We've gathered some user's contacts and sent an email to them inviting for an interview in person. We've recruited 6 people for a card sorting and usability test session in house, not only to find out where to place this new feature but to grasp how users would organize other features on the app. We've learned that:

I've presented 3 different visual options alongside a Figma prototype to simulate the panning on the map during a design critique with 7 other design peers. After everyone exposed their thoughts about the visual alternatives, we've come up with a final concept to test:

Developers decided to code a quick prototype to simulate the interaction on the map as the users would zoom in and navigate through the carousel. After that, we took the prototype to a round of user usability tests.

We’ve recruited 5 more people who have previously rented a house to test our prototype. This is what we've learned:

The map navigation tests also gave us good insights into how people use filters and their expectations. Thus, we’ve decided to work on the filters controls and improving the feedback about which filters were applied for the next iteration of the design.

Thus, we’ve decided to work on the filters controls and improving the feedback about which filters were applied for the next iteration of the design. 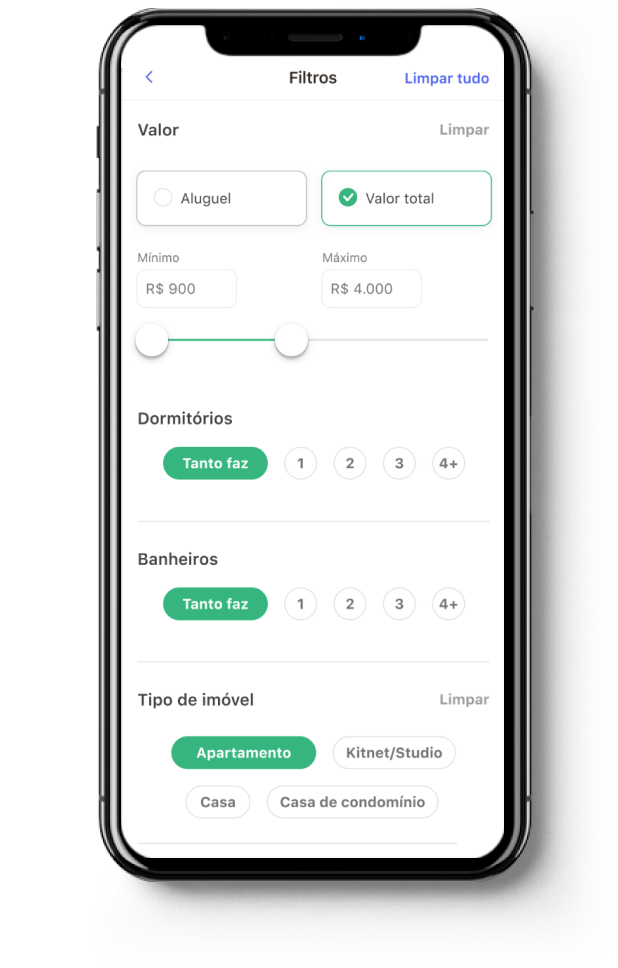 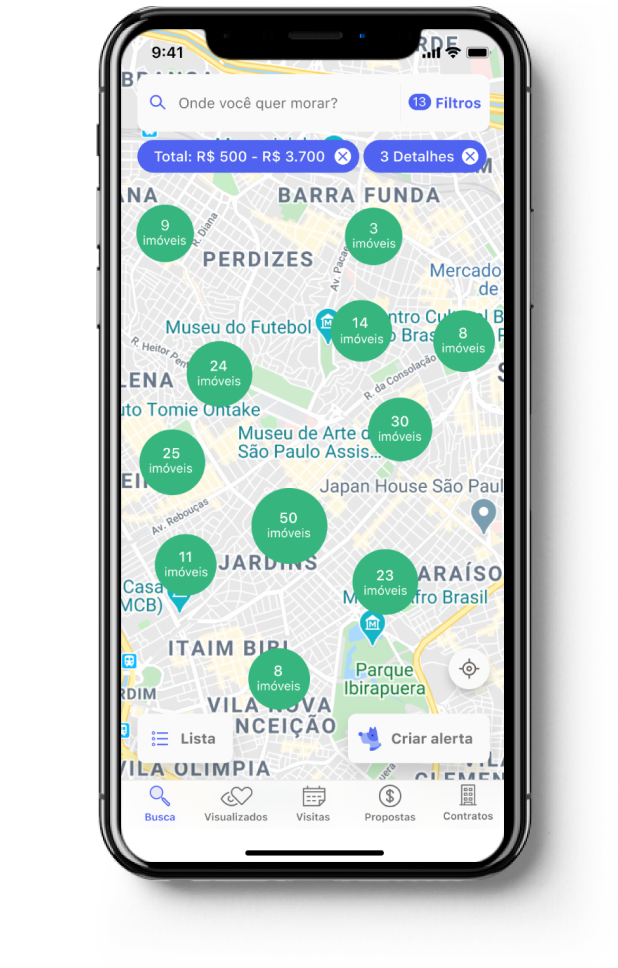 People got no results when using several filters at once, but there wasn't enough feedback that the filters were applied so they kept waiting for the properties to load on the map. Thus, we've added a message saying no results were found and inviting the user to try other filters 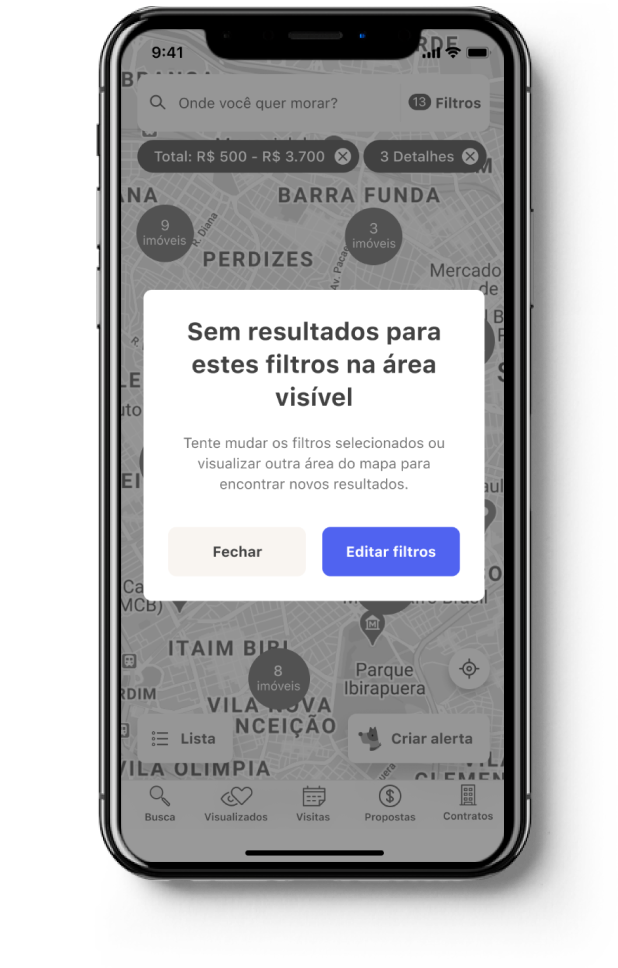 With all of the previous improvements we've already reached a good number of visits booking, but we’ve decided to stretch our goal. We concluded that if we focus on improving the Favorites and the Alerts features we could boost visits bookings. Alerts is a feature where users subscribe to regular emails that show them properties that they might like, according to their filters.

From analytics data and user interviews we've learned that even though more than half of the users used those features, there was a good opportunity to increase their adoption.

So we’ve created some A/B tests to learn if some little tweaks would indeed increase visits. We’ve learned that: 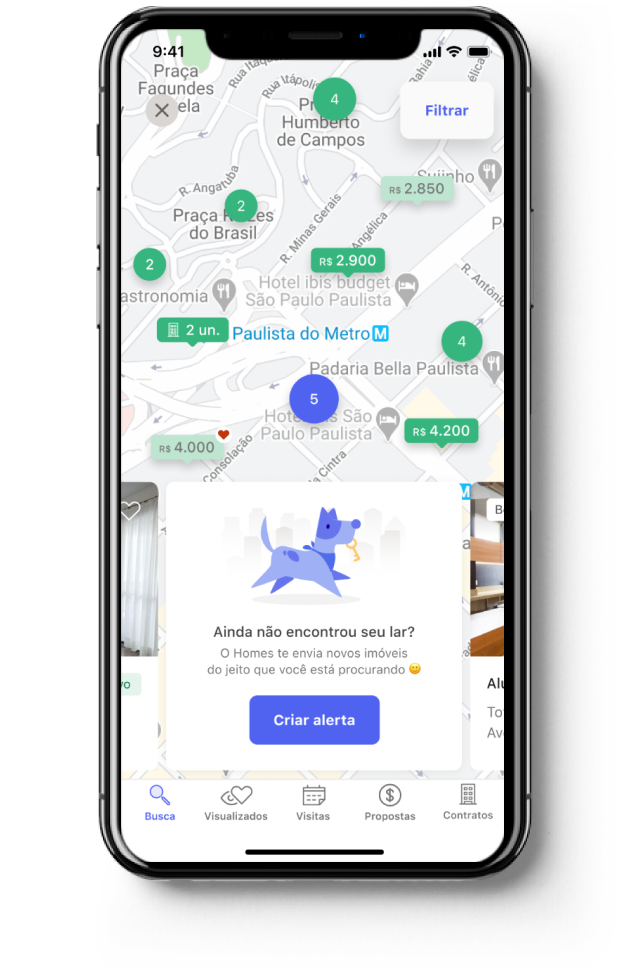 If we showed a suggestion to create an alert in the carousel, we would increase visit bookings.

If we suggested users to create an alert right after they first apply a filter we would increase alerts creation and consequently, visit bookings.

In 2019, QuintoAndar started an internal movement to make its apps more accessible. Event tough accessibility should be considered from the beginning, we've found out that our app was not accessible for people blind using VoiceOver. We've run user tests with blind people and we even hired a blind QA tester to help us conform to accessibility guidelines. 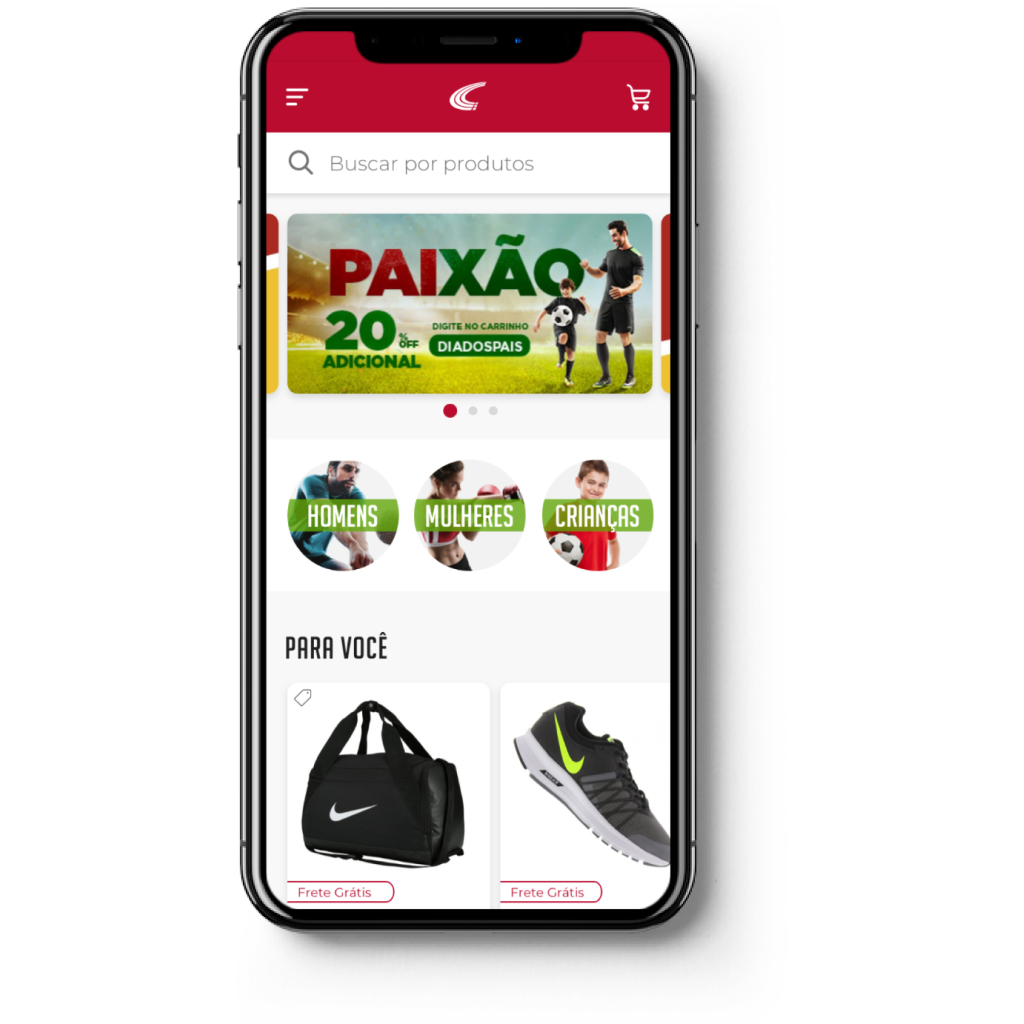 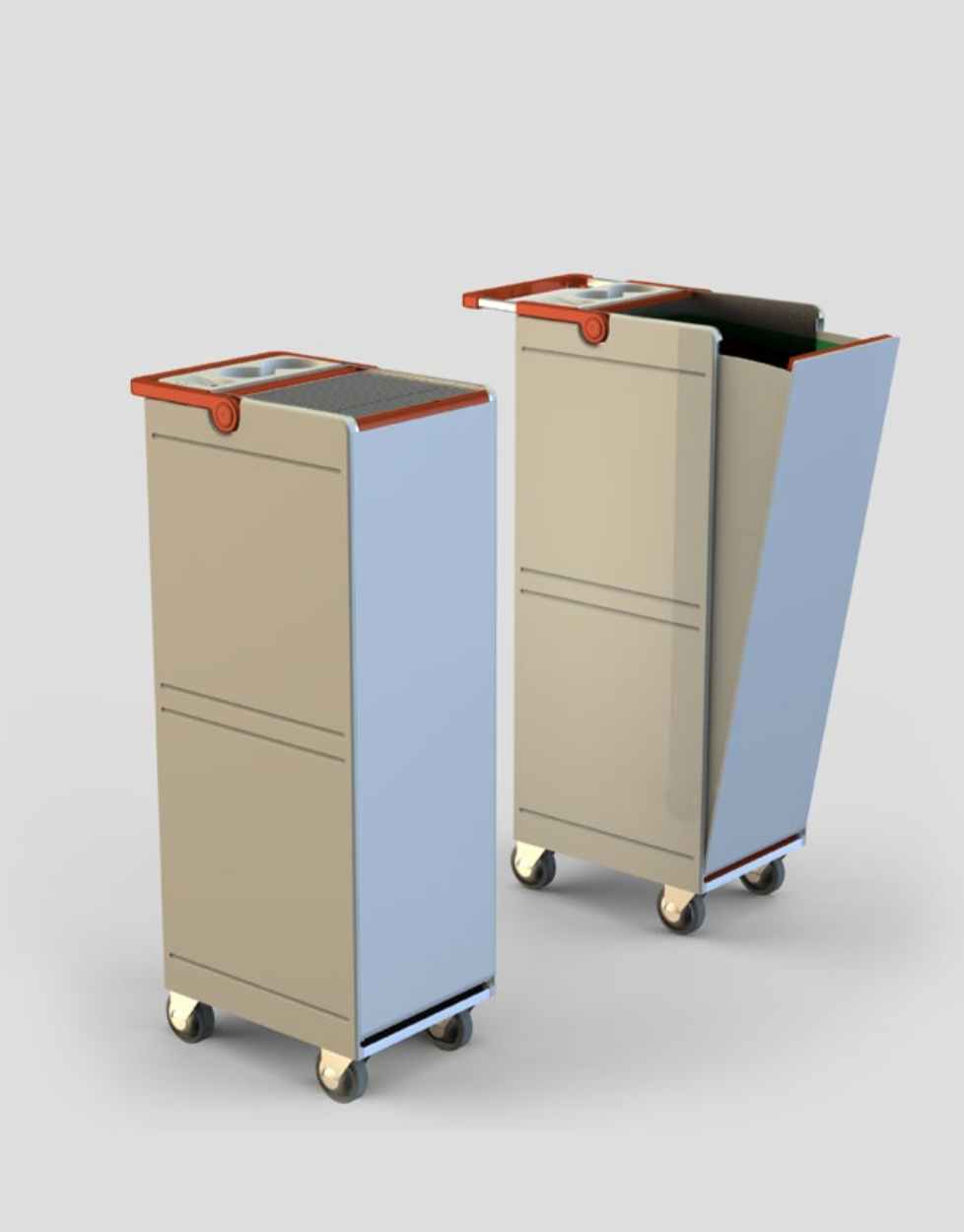